At some point in time I might actually get around to writing about this thing I went to. If that time is now remains to be seen.

Once upon a time in November of 2018, Starfury announced that the man, the myth, the Red Dragon himself would be attending Red Dragon Con 5 . I was upset, distraught, unhappy. Why? This was an opportunity to meet ‘the guy’ and it was for Hannibal of all things. Of all the roles he’s ever played, Francis Dolarhyde is my deliberate blind spot. It’s a choice. Cannibalistic serial killers? No, thanks! I took to the blogs and cried and lamented my bad luck in the comment section. An event in London, entirely feasible to reach but… Hannibal!

So I did what any self-respecting fangirl in distress would do. I drank a bottle of red wine and whined some more. Not long after I had moved on to the ‘hard’ stuff a private message dinged in my inbox. It approximately read: “Darling Kate, my I dare to contact you BTS? Please don’t kill me, but I did it—I bought a ticket for this stupid con thing. Just in case you need help coming to a decision.” My answer (literally): “Oh god! I have moved on to hard liquor and my husband just yelled ‘You want to MEET RICHARD ARMITAGE???’ in an unnaturally high voice. Help!!!!”

The reason my dearly beloved did this was that after the aforementioned red wine and other spirits my temper was a little high and I may have cursed out loud that “it just figures that the one time I have a chance to meet Richard friggin’ Armitage it would be for something I have zero interest in” or words to that effect. It wasn’t the best of nights!

Nevertheless, the gauntlet had been thrown, so to speak and so I sat and thought about whether or not I should do this. I asked my BTS correspondent jokingly if I would be able to return the ticket after I had sobered up. Finally, I ended the night with a heartfelt “Really, Hannibal? Of all the fucking things?” and went to bed, slightly drunk, a lot confused, and without a con ticket.

It took me days and days to even come to a decision for myself. When I had decided that I *might* actually consider it—there was the man, the myth, the Mr. Kate. I couldn’t imagine that would be a fun conversation. The first time I mentioned anything of the sort the reaction was not favorable. This would be worse. I wouldn’t sit in a culturally worthwhile, time-honored London theater. I would be wearing a flower crown and possibly have my photo taken with “the other man” instead. I carefully broached the subject one night, mentioning that it would be a great opportunity to meet a fellow fan or two, and Mr. Kate’s head didn’t immediately explode. Good news! So I went ahead and plonked down a chunk of cash for my ticket before I even knew if I could get time off work. Looking for a flight and hotel took a few more days. In the middle of November, it was finally all in the bag. I emailed my correspondent my signed application granting my request for two vacation days and Operation DragonCon was officially underway.

After that it all slowed down because February was still so very far away. I thought about it occassionally, but I wasn’t consumed by it. I idly thought about what to wear, what I would have signed and if everyone would be able to tell right away that whispers I had never actually seen Hannibal. My flower crown would have to be my shield.

Then, at the beginning of January, I got sick. I had a terrible cold, but I dragged myself to work for another week. The week after, it was no use. I went to the doctor who sent me straight to bed. It didn’t help. I stayed home another week, feeling first better and then much worse starting on Wednesday.

I was mentally checking out of the whole con experience. No way would I be well enough by then. My head would explode if I had to get on a plane with those sinuses. After two weeks in bed, I still felt like something the cat had dragged in, chewed up and spit out, but back to work I went. The days dragged on endlessly. I somehow made it through. And then THE day was here. I had to work Monday through Thursday and would fly out Friday. I had held off on buying a train ticket until the last minute. I was so paranoid I would miss it, I didn’t dare hope.

But Thursday night I packed up my carry-on luggage and at 4 am on Friday I dragged my tired self out of bed and into the 2 inches of freshly fallen snow. Yay! I have no garage, so I dug out my car and navigated the terrible roads, panicked I’d slide into a ditch. I saw the snowplow coming in to clear the treacherous road I had just left behind. Still, I made it to the train and after a few hours arrived at the airport. There, I spent some time reading my book more on that later and then tackled the fun that is airport security.

Of course they sent me to the special screening after the full-body scan and she got up close and personal. The beginning was your regular pat-down, but then she said “I’m gonna have to touch your bra now.” Boy, she wasn’t lying. Nobody has ever been inside my bra like that without buying me dinner first, is all I’m saying. If you know my bras, you’re wondering what on earth she thought I could possibly be hiding in there apart from my breasts. Then she took my belt and–last but not least–my favorite, the shoes. So I hobbled up to the conveyor belt in my socks and sliding jeans just to be hassled by the guy to hurry it up, because with all my special time with the security lady, the plastic tubs with my belongings, nicely separated, were clogging up the pickup area. I started stuffing loose change, electronics and other odds and ends back into my backpack and carry-on as fast as I could. When he tried to wave me away I had to point out that I still had NO SHOES!!!

I finally made it to my gate and I was frazzled. Inside the plane, there was no space in the overhead compartment by my seat, so I had to backtrack and find a space for my suitcase. I was so out of it that I sat in the wrong row and had to get all the nice businessmen in their suits on the morning flight to London up a second time, as I had the window seat. Lord, put me out of my misery now. At last the plane took off and fortified with a sandwich, a cup of tea and an orange juice that I managed not to knock over and dump on the suit next to me, I went back to reading Jill’s Gymkhana. I had another 80 pages or so to go and I wanted to finish it before the con. Luckily, I made it with ten minutes to spare and didn’t trip over anyone on my way out the plane. Jill, the flower crown and I had made it to Old Blighty in one piece. Huzzah!

Upon arrival, I sat down in the wrong seat again (priority seating only–30 spaces with nobody in them), was shooed away by an attendant and finally logged onto the free wifi at Heathrow. The weather looked appropriately abysmal but I had a notification from the blog. What a wonderful surprise that was. My darling Louise had penned a blog post here while I was in the air and I am not ashamed to say that I sat at Heathrow arrivals and bawled my eyes out at so much love and friendship.

After a very pleasant experience with London public transportation (and a nice chat with a couple from Bath), I arrived at my hotel over an hour before check-in. They immediately assigned me a room no questions asked. Top quality service. And then, a little while later, my partner in crime knocked on the door and the weekend got well and truly underway.

Sorry, this is turning into a novel but nobody ever said I was good at keeping it short. The things you are interested in are yet to come, I know, so thank you for your patience.

This site uses Akismet to reduce spam. Learn how your comment data is processed.

If you share my love of all things Armitage, please make yourself at home, look around, leave me a comment or a like and most importantly–have fun! 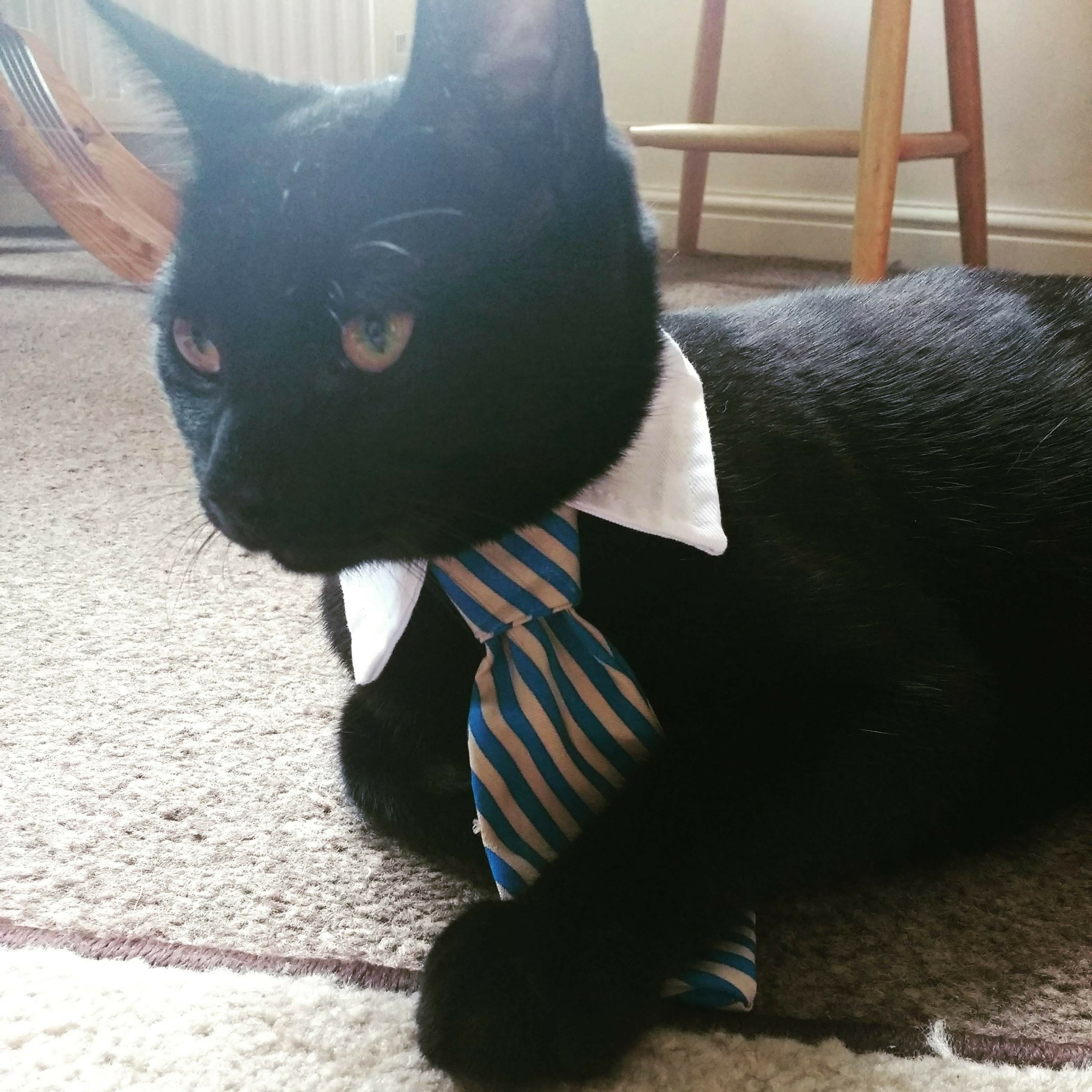